its what we call piggy back ride.

Normally, we see this between a father and his son while having fun at the park or in a pool.  Often, straight men and women does this occasionally while strolling on their favorite avenue where they first met.  At times, we see a guy carrying a girl on his back during rainy days especially if she does not want her new prada shoes to be ruined by the flood.  In Korea and Thailand, the most romantic scenes are often portrayed during the ‘piggy back’ sequence.  I bet you remember this scenes:

but how about a guy carrying another guy on his back.

a guy from work posted a picture on his FB and he tagged it “Boyfie”.

and they say they are just “friends” – as in GOOD FRIENDS

yeah they are friends, like the guys i posted below: 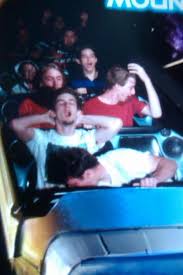 * Jerome Chamorro – Darling of the Press


mr. gay world philippines 2010 – 15 good looking and gorgeous hunks has set the stage on fire as they sizzle centerstage TONIGHT (July 7, 2010) at the pre-pageant ‘talent night’ at THE LIBRARY in MALATE.

The grand coronation night is set on July 17 at 8 in the evening at the fabulous Metro Bar at West Avenue in Quezon City. Hosted by two gay icons in local show business – Ms. CHERIE GIL & Ms. JEAN GARCIA.

My fearless forecast … well let me give you my TOP 5 PICK for mr. gay world philippines 2010. Scroll down and drool my friends.  Please dont forget to share your own list at the comment box below…

its the annual Mr. Gay World Philippines and this year, im betting on some of the candidates which i have a ‘little’ crush and adore…

one of them is HARVEY BAUTISTA.  we are connected thru facebook and i dont know him personally so i just rely on his public profile.  but if you knew him a lot… then its time to write down something on my comment box.

what i do know is … he studies at Fatima University and he were 2009 Mr. Mansion. Fot those who were oblivious what ‘mansion’ is… its a bath house.  If you’ll ask me where, honestly, i dont know.  But if youll ask me where EPITOME and FAHRENHEIT is… sasamahan pa kita.

anyway just enjoy his photos and i hope you will vote for him … (kung meron man online voting) or at least show support.  For the details of the event… i don’t know so far but ill post once i know the info peeps….

new comer MARCO MORALES may have took  ‘a road less traveled’ path but HE is nonetheless established himself as ‘one of the most sought after sexy actors in the country today’. Though he may trace his roots off from one gay indie film to another, there is nothing to be ashamed of especially if you were directed by highly respected and multi-awarded Joel Lamangan.

At this point,  MORALES is considered as ‘one of the gay fantasies in the local pink community’ and each project that he chooses are worth the ticket price.  Let me also add that it takes REAL BALLS to portray such character.  Confidence and belief to thy sexuality is a key.  I say ‘if you dont have any skeletons hidden behind those closet, why do you have to be afraid?’ Fast forward, even this blogger got a lot of request to feature him once again with fresh new photos.

So for my dear readers, i hope you enjoy this post as much as i did

how could you ever forget his boy-next-door looks and ‘almost’ innocent smile?  His mysterious gaze and silence has earned him ’starmometer’ points amongst girls, ladies, matrons and gays alike.

Brent Javier skyrocketed its modeling career when he landed the top plum at the 2003 Mossimo Bikini Summit and MTV Best Model of the World Philippines – Manhunt Winner. One of the country’s in demand model for 2003 as he threads each catwalk every week and landed himself on several product endorsements including Addict Mobile, Bench Body, Mossimo and Ponds.

How could i ever forget the ‘Mystery Guy contest’ by Ponds?  I almost bought two dozens of Ponds products just to get a chance to have a date with Brent Javier.  Well, lady luck were not on my side by that time BUT what ive heard, there is one gay guy who have had a chance to be one of the 10 lucky patrons who get to meet Javier.  Hmp….lucky.

My friend who used to work as marketing honcho in one of the largest beauty stores has even created an ad campaign for the month of February in 2003 or 2004 featuring Javier as the top model.  I even asked and begged her to snatch a signed poster for me…(hmmmm what happen with that poster….i almost forgot).  Currently, the last stint i have known about him is the MTV VJ search and his debut appearnace in Regal films ‘Loving You’ wherein he played the boss of a locall teen satr named Yasmien Kurdi.

But behind the fuss, this Fil-Canadian born model who has initially came to the Philippines ‘just’ to play basketball is rumored to be ‘gay’.  From his ICON MAGAZINE feature, he was described as ‘like a superhero with a secret identity, there is a certain mystery about him.  Some say he’s a typical straight guy, reserved and timid.  Some swear that its his way of concealing his real sexuality.’

well…. as i googled for more facts about ‘mystery guy’, he said when asked about this secret identity

Do people mistake you for being gay?

Just look on the brighter side… the  ‘gay’ rumor often comes out if the celebrity is too succesful.  meaning… Javier is too famous thats why this rumors comes out from their shelves. there you go…

so here are his pictures which i have collected…enjoy!